Sometimes, physical limitations hinder your ability to move around, do household chores, or even care for yourself. When that happens, you can receive the support you need from our friendly caregivers.

Connect with our caring staff to start the process today.

Posted on October 2, 2018 by afriendinneed 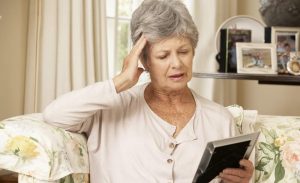 In the 112 years since Alzheimer’s was identified, a cure is far from sight yet more and more seniors are being diagnosed with dementia-related diseases. The increase in diagnoses is due in part to the rapidly growing population of elders i.e., the baby boomer generation. This generation is the largest living generation and, is not only expected to live longer but, by 2030,  will amass 20% of the population, with adults over 65, compared with only 13% today.

Dementia is not a specific disease but instead, a term used to describe “ a group of symptoms associated with a decline in memory or other thinking skills severe enough to reduce a person’s ability to perform everyday activities.”  The “single biggest risk factor for developing dementia is advanced age. It is estimated that between 20-40 percent of adults aged 80 and older have dementia and it is the leading cause of disability and dependency among the elderly.”

The psychological and emotional impact of dementia is paramount for the senior living with the disease as well as their family. It is a “progressive condition” so its effects worsen with time and age and soon the effects are seen in the “loss of ability to do daily living activities.”

“Alzheimer’s Disease is responsible for 70-80 percent of dementia cases. Other important causes include vascular disease, traumatic brain injury and HIV.  Alzheimer’s is a slow progressive disease. The preclinical period, where degenerative changes in the brain are occurring, may start up to 15 years before diagnosis. ”

Read more by clicking the link below

This entry was posted in aging in place, Dementia-Alzheimer and tagged a friend in need home care, aging in place, Alzheimer, caregiver, dementia, geriatric care, safety and prevention, senior citizens. Bookmark the permalink.

"Caring for our seniors is perhaps the greatest responsibility we have. Those who walked before us have given so much and made possible the life we all enjoy." - John Hoeven